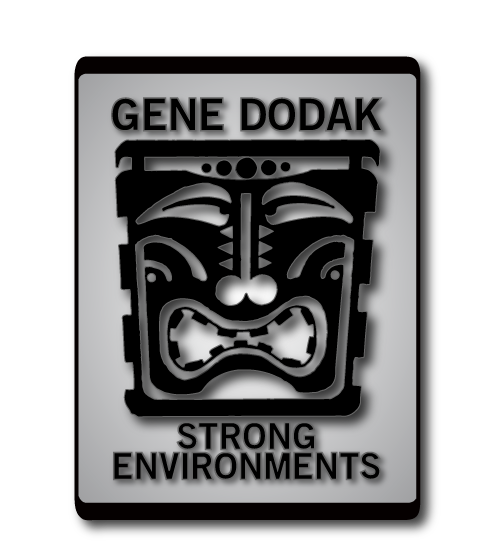 Gene Dodak earned his BFA degree in Sculpture, Ceramics and Design from Central Michigan University. Additional studies include Haystack Mountain School of Crafts, the University of Toronto and Saginaw Valley College. In San Francisco, he worked as a window designer for Neiman Marcus and Visual Manager for the Palo Alto store. Gene and his partner Art founded Strong Environments in 1994, a landscape and design business in the Bay Area.

Inspired by a life-changing move to Palm Springs in 2004, Gene resumed working in the clay medium that he loved during his college years. At Silica Ceramic Studio he met and quickly became friends with Mid-Century artist Paul Bellardo. Paul’s artwork influenced some of Gene’s current sculptures. Gene works in his home studio and at Silica Studios in Palm Springs where he constructs one of a kind, large, wheel-thrown and altered sculpture. His artwork has been exhibited nationally and can be found at Santa Fe Clay in Santa Fe, New Mexico.